In a comprehensive approach, the project addresses the research of late medieval and early modern residential cities, which constituted an important aspect of European urbanization processes and the interlocking of urban and noble/courtly modes of life as well as the rise of feudal rule and pre-modern statehood between the 14th and the early 19th century. Three aspects are fundamental for the methodological approach of the project: one, the interdisciplinary collaboration of social and economic history, constitutional history and art history as a specific research mode, based on social and cultural history in an overarching sense; two, the hitherto barely existent consideration of the quantitatively dominating small-scale conditions outside of the large residential cities; third, and as a central research thesis, the observation of a long-lasting relationship of competing complementarity and integration of courtly and urban culture. The research area is determined by the borders of the late medieval and early modern Holy Roman Empire (north of the Alps). Thereby, the project is positioned in a genuinely European perspective. The goal of the project is the development of an analytical-systematic handbook with three sections:

The concept of the handbook is not solely shaped by the analytical presentation of the material, but also by the inquiry-based, systematic permeation of the topic. This serves to create a handbook which largely provides a new foundation for the history of towns and urbanization during the pre-modern age and also constitutes an important instrument for a multitude of historically oriented disciplines due to its broad scope and nuanced diversification. 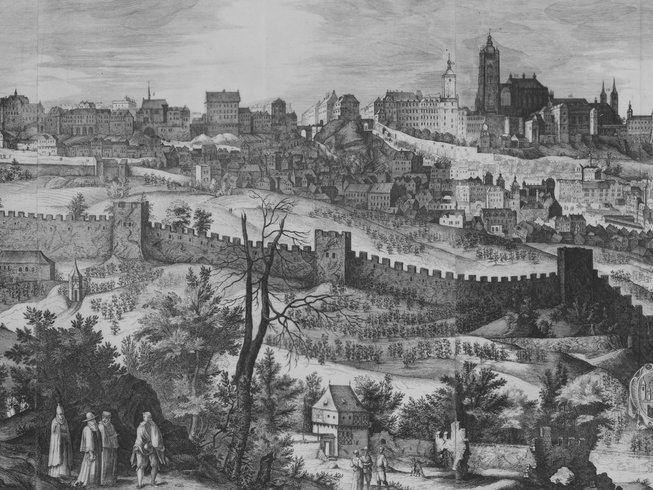