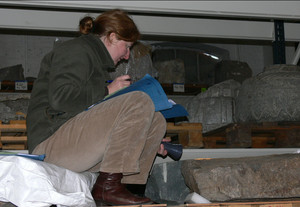 Since April 2010 project researcher in the Academy project Runic Writing in the Germanic Languages (RuneS).

1996–1999 and 2001–2009 member of the research team of the project “Linguistic database and edition the runic inscriptions in the Older Futhark” (funded by the DFG – German Research Foundation) at Kiel University. 2001–2009 teacher in the German as a Foreign Language Unit and 2008–2014 lecturer in the Department of Scandinavian Studies (Mediaeval Studies).