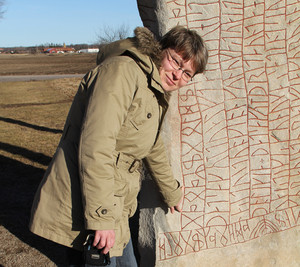 2010–June 2016 project researcher in the project Runic Writing in the Germanic Languages (RuneS), since then associate member.

Academic career:
Studies of Nordic Philology, Linguistics and Archaeology at the Christian-Albrechts-University Kiel and the University of Bergen (Norway), MA 1999, PhD 2006

Since 2009 project researcher in the project "New edition of Skaldic poetry" (funded by the DFG).